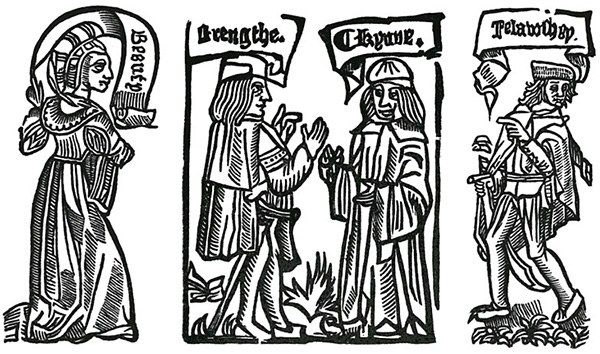 You speak Old English all day every day. Not the Middle English of Chaucer or the Modern English of Shakespeare. Old English, as in over 1,000 years old. Some words you use are twice that old.

English began with the Germanic languages of the Angles, Saxons and Jutes, who invaded and took over England in the fifth and sixth centuries. They forced out the language of the Brythonic Celtic-speaking natives as well as the British Latin speakers.

By the ninth century it was no longer Anglo-Saxon that was spoken, but English, or at least the version called Old English. It still had a long way to go, but many of the words we use daily were already present in the language. Though we spell and pronounce them differently, they have remained the same over the millennia.

For example, take this sentence: “Edward waved the cup to and fro like a drunk.” Every word in that sentence is the same as in the Old English of the ninth century. And many of them are even older Anglo-Saxon words, such as “Edward,” a name derived from Old German.

Take “Audrey put the apples into the basket,” another sentence that is entirely Old English, though with even older roots. “Audrey” is an Old Germanic name the Angles brought with them. “Apple” or some version of it is common to all the ancient Germanic languages. But get this: “basket” is the Brythonic Celtic of the English natives of 200-300 BC passed via Anglo-Saxon into Old English.

Many of the words at the core of our everyday lives are pure Old English. The things we do and the things around us haven’t changed much in 1,200 years.

Clever writers and poets know that these basic words of Old English have a special direct effect on the reader. Robert Frost is a prime example. His “The Road Not Taken,” starts:

Two roads diverged in a yellow wood,
And sorry I could not travel both
And be one traveler,

Frost used everyday Old English words to set the calm tone of the poem, all the better to set off the later 17th century “diverged” and the Middle English “travel/traveler.” The rest of the poem follows the same method.

So the next time you say “Alfred, get that big stick and beat those filthy great rats!” take a moment to nod your head to the medieval householder who could have said the same thing.

Comments on this entry are closed.