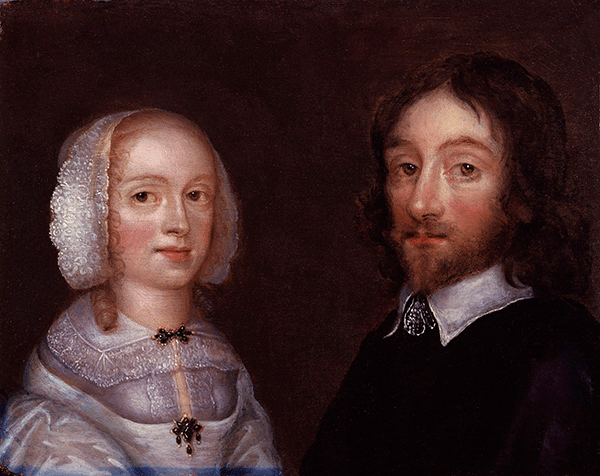 Sir Thomas Browne (1605-1682) was a medical doctor and writer who lived most of his life in Norwich, England. Despite his heavy case load, he became one of England’s most famous authors of the seventeenth century. He influenced many later writers, among them Samuel Johnson, Samuel Taylor Coleridge, Edgar Allan Poe, Virginia Woolf, Stephen Jay Gould, and Jorge Luis Borges.

Thomas Browne’s Hydriotaphia, Urn Buriall, or a Discourse of the Sepulchral Urns lately found in Norfolk was published in 1658. It is an account of Roman burial urns found around 1650. He gives a detailed description of them, along with a brief account of burial customs through the ages.

However, the most famous part of this work – and one of the best-known of any of his many works – is the fifth chapter, where he muses on death, fame, and the human struggle against mortality. In all, it is an extended funerary meditation tinged with melancholia.

Following are my favorite quotations from the work (spelling has not been modernized):

…they fell by long and aged decay, yet wrapt up in the bundle of time

If we begin to die when we live, and long life be but a prolongation of death; our life is a sad composition; We live with death, and die not in a moment.

…the long habit of living indisposeth us for dying

But the most tedious being is that which can unwish it self, content to be nothing, or never to have been

Had they [those buried in the urns] made as good provision for their names, as they have done for their Reliques, they had not so grosly erred in the art of perpetuation. But to subsist in bones, and be but Pyramidally extant, is a fallacy in duration. Vain ashes, which in the oblivion of names, persons, times, and sexes, have found unto themselves, a fruitlesse continuation, and only arise unto late posterity, as Emblemes of mortall vanities; Antidotes against pride, vain-glory, and madding vices.

…which maketh Pyramids pillars of snow, and all that’s past a moment.

Generations passe while some trees stand, and old Families last not three Oaks.

Oblivion is not to be hired: The greater part must be content to be as though they had not been, to be found in the Register of God, not in the record of man.

The night of time far surpasseth the day, and who knows when was the Æquinox? Every houre addes unto that current Arithmetique, which scarce stands one moment. …Since our longest Sunne sets at right descensions, and makes but winter arches, and therefore it cannot be long before we lie down in darknesse, and have our light in ashes.

Darknesse and light divide the course of time, and oblivion shares with memory, a great part even of our living beings; we slightly remember our felicities, and the smartest stroaks of affliction leave but short smart upon us. Sense endureth no extremities, and sorrows destroy us or themselves. To weep into stones are fables.

To be ignorant of evils to come, and forgetfull of evils past, is a mercifull provision in nature, whereby we digest the mixture of our few and evil dayes, and our delivered senses not relapsing into cutting remembrances, our sorrows are not kept raw by the edge of repetitions.

Others rather than be lost in the uncomfortable night of nothing, were content to recede into the common being, and make one particle of the publick soul of all things, which was no more then to return into their unknown and divine Originall again.

…all was vanity, feeding the winde

…man is a Noble Animal, splendid in ashes, and pompous in the grave, solemnizing Nativities and Deaths with equall lustre, nor omitting Ceremonies of bravery, in the infamy of his nature.

Life is a pure flame, and we live by an invisible Sun within us. A small fire sufficeth for life

To live indeed is to be again our selves, which being not only an hope buy and evidence in noble beleevers


Sir Thomas Browne’s Hydreiotaphia is available online in the original printed version with all the s’s printed as f’s.
If that is too much for you, a modern print version can be found here.